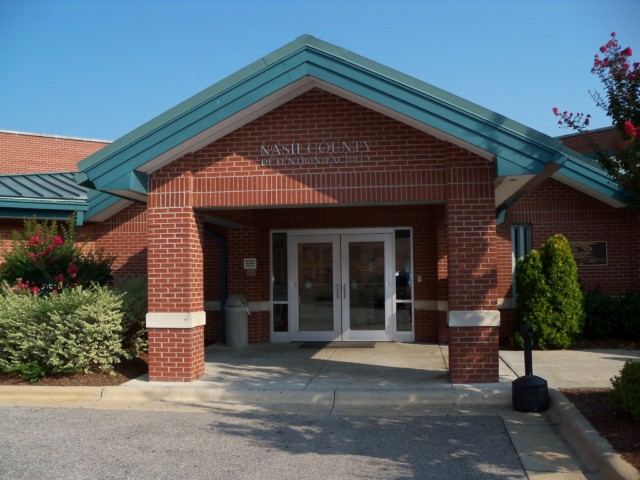 About the Detention Facility


The Nash County Detention Facility is located behind the Courthouse on West Washington Street in Nashville. It has the capacity to house up to 259 male inmates and 36 female inmates. The last addition to the Detention Center was in 1999, which added a total of 156 inmates to the capacity of 139 inmates at that time.

The Nash County Detention Facility follows many , state, and federal guidelines and regulations for the purpose of maintaining order and control as well as provide safety and security for the inmates and the citizens of Nash County.

The Detention Facility must maintain order and control when dealing with criminals. Inmates have some privileges and opportunities which include:

Currently the Nash County Detention Center uses a video visitation system for the public to have visitation with an inmate.  See our Inmate Visitation page for further information.

The commissary store is where inmates can purchase items. Inmates receive money from their families and friends to spend in the commissary. The commissary is available through with Kimball's Commissary Company.

Inmates may have up to three books or magazines at a time. They must be sent directly from the publisher or distributor and will be examined by staff to ensure safety and security.